The New Apple Watch, Is It Worth It? 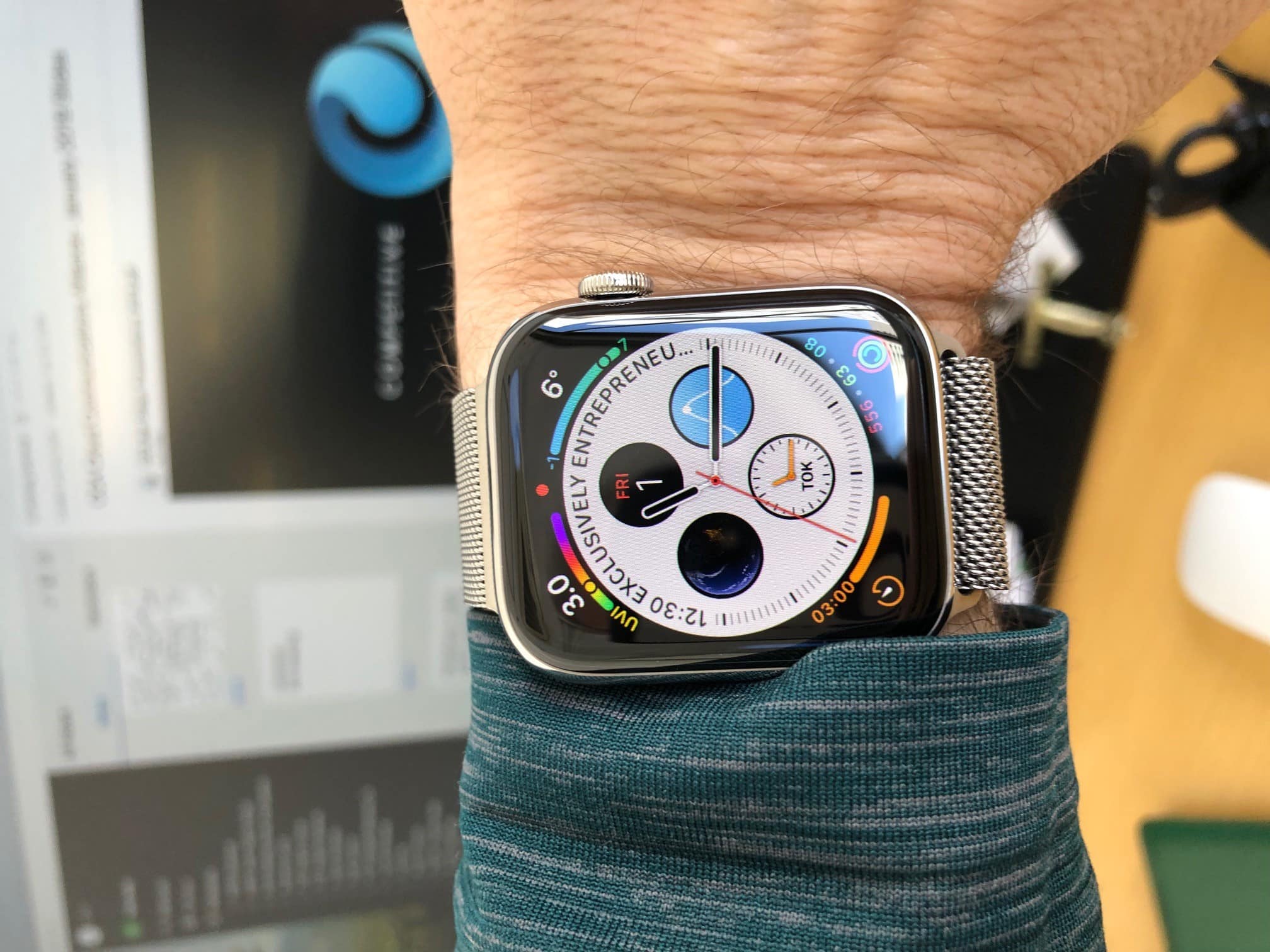 You have probably seen our post on Why Would I Give Away My Apple Watch?   In that post we gave reasons why we, technology guys, had little interest in the product despite being huge Apple fans.  Then in the Fall of 2018, Apple introduced its 4 version of the Watch.  Of course, it had the same shape and essentially the same battery life.  However, was it a game changer yet?

Is the Apple Watch Something You Would Use Everyday?

Our conclusion, is Apple should have skipped version 1 through 3 and just started with Series 4.  The AWS4 is fast, has more display and is actually becoming more useful.  Here are some of the things that you will find.

The big complaint we have about the Apple watch is the display.  Although it’s beautiful, it is usually sitting there off on your wrist.  Once Apple can get an always on display, they might be able to display those Rolex watches that they brag about outselling.  When it comes to reading the time, you would be wise to go with the Rolex.  You’ll be lucky to be able to resell your Apple watch for 20% of what you paid for it a year later.  The last few years, the costs of the Rolex watches have been appreciating. Especially here in Japan.  For the Apple watch, the biggest drawbacks are the short battery life (about 1.5 days depending on use) and the display that is not on but usually off and dark.

Should You Buy An Apple Watch?

Whether or not to buy an Apple Watch Series 4 is a question without a clear answer.  If you think you would use the features of the watch, go for it.  You have to remember there will probably be a new one in a year with the features we described.  After all, we’re sure Apple reads our insights on technology.

The best part is the AWS4 works flawlessly with all the notifications of of iPBX Circle @iPBXhosting.com