How Good Is The Garmin VivoActive 3 Vs. The Apple Watch

September 20, 2018 How Good Is The Garmin VivoActive 3 Vs. The Apple Watch 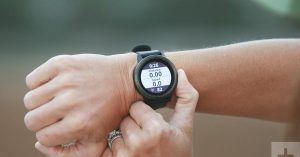 If you know iPBX Hosting, you know we’re into smart watches.  You can read Why Would You Give Away An Apple Watch HERE. We’ve had a couple watches floating around our Japan offices but recently with Summer temperates, we’ve had a growing interest in sporty fitness smart watches.  The Tokyo Metro subway recently has a campaign promoting the Garmin Fenics smart watches. Those units run at about 100,000 yen (or around $1000 USD).  However, you don’t need to spend $1000 to get a nice watch.

People at iPBX Hosting discovered the Garmin VivoActive3 as a great option.  It runs for around $300 (about 30,000 JPY) and has an always on display.  That means, you can actually see the time anytime you look at the Garmin watch face.

The battery typically lasts 4-6 days depending on how much you use the watch.  The useful features of the VivoActive3 we discovered are

There is a lot more to say about the Garmin watch, but after wearing the device it became impossible to wear the Apple Watch.  The Apple Watch battery couldn’t make it across the ocean on international business trip without a charge.  The Apple version display is pretty but usually not on so you have to make very obvious (and sometimes rude) wrist raising motions to see the time.  But the killer for the iPBX team was the Apple Watch doesn’t track your stairs.

Someday, we’ll have to give the Garmin Fenics a whirl, but for now Garmin has VivoActive3 fans at iPBX Hosting in Tokyo and Osaka.  It works great with our mobile app!