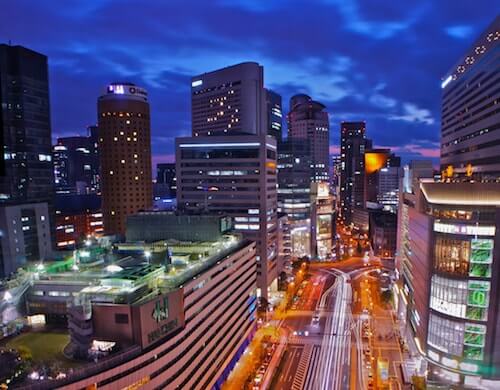 Tokyo may be the biggest city of Japan, but Osaka will not let you leave them behind. The people of Osaka are fantastic, outgoing, funny, and not afraid to say what they think. Many Kansai folks (from Osaka and around that area) are on national television as comedians and entertainers. Osaka is the Capital city of Osaka prefecture and the second largest metro area in Japan with some 2.6 million people. Osaka has been known as a city for business a hundred years or more with it’s port and very astute business people trading. If you are in to food, like most of us are in Japan, some people consider Osaka as 天下の台所 (tenka no daidokoro) or in English, the nations kitchen.

For months, we’ve been asked to open up iPBX Hosting in Osaka. Business professionals know they need not just cloud phones at a competitive price, but they also need reliable, and good voice quality communications to run their business. We’ve now got good news.

AINEO is pleased to let you know, it’s coming! Osaka office is coming! It is coming very soon. You can enjoy a Tokyo or Osaka phone number, smartphone app, collaboration bridge and all the things where iPBX Hosting helps people communicate better with their customers, team mates, and friends.

More on Osaka, coming soon! In the meantime, you can check out the Osaka city website here [ Osaka Prefectual Government ]